Angry Mob Five Seven is a pistol developed by a Belgian company FN specially for the purposes of law enforcement and military, although it was later made available to civilian shooters’ market. It takes its name from the diameter of bullets it’s using – 5.7 mm. It’s somewhat related to P90 and shares some mechanical features with it. What distinguishes it especially among other pistols in CSGO is that it has low recoil and has a higher armor penetration factor. Angry Mob skin features a graffiti-style paint and is a popular but very rare item. Its prices range from about $3.40 for a Battle-Scarred float up to even about $57 for a StatTrak™ Factory New version.

How can you get an Angry Mob skin?

Five-SeveN | Angry Mob is a part of Prisma Collection and thus it can be found in a Prisma Case. There are a number of other, more common items in that case, such as FAMAS | Crypsis, so it might not be so easy to find a Factory New or Minimal Wear variant. Players willing to get one in a mint condition are better off searching the Steam Community market or lurk on third-party sites for a good bargain. If you don’t care for the float value, it might be enough for you to buy a bunch Prisma keys, try out a couple of Prisma cases and see if you can find an Angry Mob Five Seven CSGO skin.

How does it look worn?

In the realm of CSGO, Five Seven Angry Mob skin has five versions. Although the damage to the skin texture is not so terrible with the rising float, the prices are still drastically different. Let’s take a look at the range of offers.

Below you can see stages of Five Seven Angry Mob degradation along with the rising float. The biggest noticeable difference occurs when the float value rises up to the Well-Worn range.

Okay, how to buy it… or sell it well?

The first go-to place for acquiring new skins is the Steam Community Market, but you have to look out for limitations that are bound with using it. Going for a more satisfying experience, you can try to search for Angry mob skins on Skinwallet Market that has been designed with safety and ease of use in mind.

However, if you have a CSGO Five Seven Angry Mob and you would like to sell it, you have one more option. You can use Skinwallet to get money fast without waiting for a satisfying trade deal. Just log in using your Steam account, supplement the settings with your Steam Trade URL and wait for the app to read through your CSGO skins. The main hub will display items that are tradeable. Just choose Angry Mob and deposit it to withdraw money via Paypal or Webmoney in a matter of minutes.

Why is it so lit?

It’s not often that pistol skins get a Covert rank among CSGO skin collections. Angry Mob is one of two Covert skins for Five-SeveN ever released, so it was welcome in the community. It features a very flashy design, which is a nice alternative to the cold, professional look of the basic Five-SeveN skin.

Angry Mob is a community skin. Why does it matter?

CSGO Five Seven Angry Mob skin was developed by a Steam user SHPR [M]. It went through a peer review, has been noticed by the game moderators and thanks to that it was later included as a part of Prisma collection lootable in Prisma cases. By including users’ custom skins into the official game, Valve shows the community that their voice matters and they are ready to go with the trends popular among the players. It’s a way in which millions of users worldwide can participate in creating the game.

If you’re lucky enough to open a case that contains Five-SeveN | Angry Mob, you will be in for a treat both as a gameplay element and as a market item. A variation of this skin with a low float will make for a great trading opportunity. However, if you’d prefer to keep it or buy one for your own collection of skins used in the CS GO, you will also support community-submitted content this way. Either way, now you know why it’s so cool! 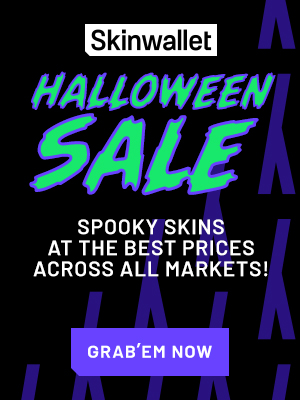